Can you imagine life without music? That is the question asked on the fifth release from Loot Recordings. Produced by two of Germany’s finest, Alec Chizhik and Markus Mehta team up and unleash a slice of high-tech soul with the appropriately titled “Music” track that features Roberto Q. Ingram on the vocals.

The original is downright nasty, a funk driven beast that bumps along relentlessly with its powerful kick, booming bass line and layered melodies that synchronize to create tension in all the right places. Roberto’s seductive vocals keep you hooked from the start, diving deep into your imagination and is sure to get everyone’s hands in the air.

Italian duo Luminér deliver a deeper take on the original that features a mystical vibe that’s driven by a big rolling bass line and delayed synths giving it an overall psychadelic feel. The vocal is kept in tact, adding the cherry on top of a stellar production. The sexy low-end on this is a weapon that will work well for early moments or late in the night.

Junior Gee goes right in for the kill with a one-two punch, delivering a remix where less is more. Making clever use of the vocal, Junior adds effects in all the right places to keep the focus on the lyrics and emphasizes an infectious groove where the end result is a monster track. With an overall raw feel, this one will definitely win dance floors over, time and time again. 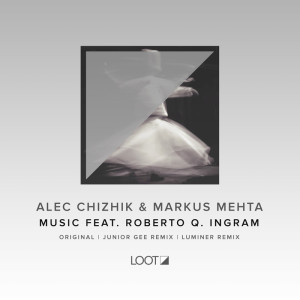