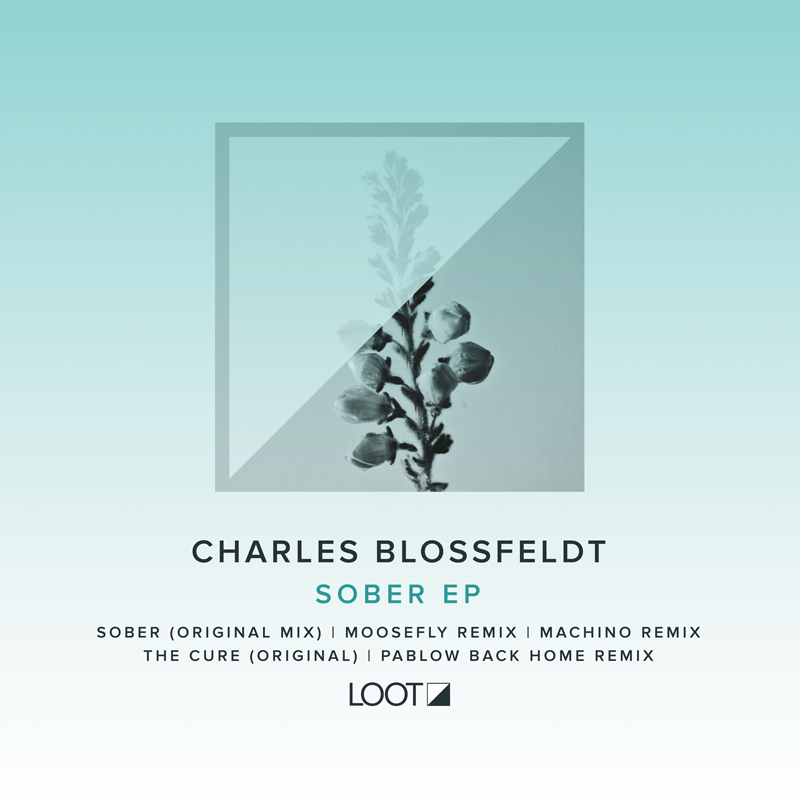 Loot Recordings kick start 2016 with a sixth sizzling EP, this time from the talent that is Charles Blossfeldt. His two great originals come with remixes from Mooselfy, Machino and Pablow and make for a great package.

Charles Blossfeldt is a brand new artist from Europe who is looking to set things alight with his personal take on underground house and techno.

Up first is the slick skipping beat of ‘Sober,’ with its big bold bass strokes, light footed drums and spiritual synth patterns. It’s an absorbing, dream like affair for the dead of night and gets you dancing as well as feeling something deep inside.

First remixer Moosefly is a mysterious character who puts out music on Mother Recordings and Kaato Music amongst others. His unique take on the track is even more serene and spaced out, soft and sensuous with lots of lush synth work adding plenty of colour to the cut. The second sizzling remix is from Mexico’s Machino, who releases the robots with his interpretation, layering in propulsive percussive and synth lines that glide along above some drum based drama: it’s sure to carry crowds off into the night in fine style.

The other standout original is ‘The Cure’ which is a deep techno roller with slithering synths squirming about inside wide open chambers of warm bass and cosmic atmospheres. It’s patient and classy, intricately constructed yet effortlessly cool. The remix of this one comes from Italian Pablow, who reimagines it as a much more driving, quickened techno track with big airy hi hats and cantering drums that journey far off into the cosmos.